The once tranquil waters of Lake Mead at the end of the Grand Canyon near Pearce Ferry, Arizona continue to change quickly, as the Colorado River is reclaiming 50 miles of territory that once was the flat reservoir of Lake Mead.

With the ninth year of drought continuing, Lake Mead has dropped 119 feet, and as the river down cuts into lake sediment, it no longer follows its historic river bed. The "reborn" river now channels full-force into hillsides, crosses once-buried ridges and travels through rocky saddles far removed from the pre-lake river bed.

Approximately one mile north of Pearce Ferry, at river mile 280.8, the river now flows over a saddle between hills and then straight into a gravel hillside. At Devil's Cove, mile 292.4, the new river channel is a half mile from the historic river bottom and now flows through a saddle lined with very hard limestone outcropping 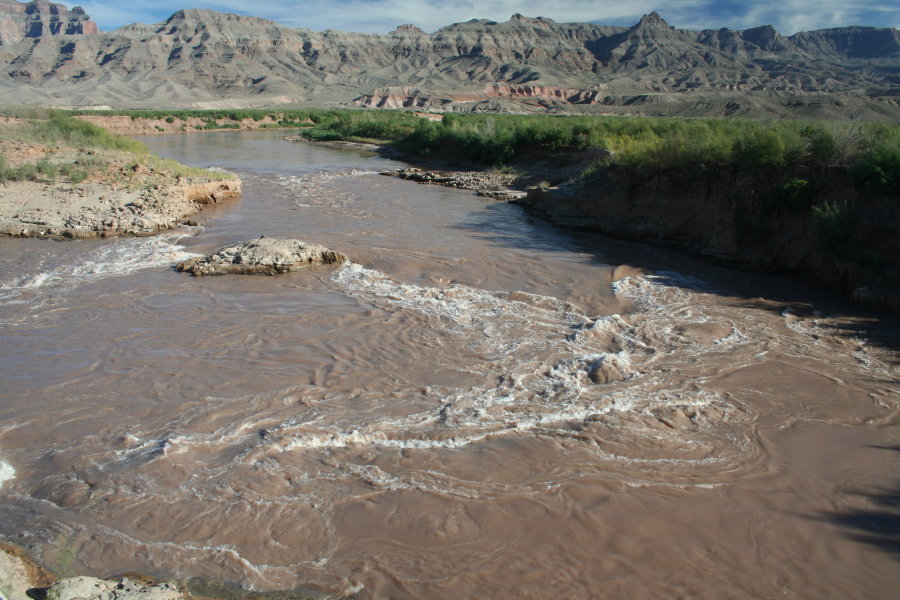 s of rock on all sides of the river channel.

While the lake level is still high enough to cause no more than a riffle at Devil's Cove, a rapid has developed near Pearce Ferry, called Pearce Ferry Rapid.

A small riffle at the top of the rapid has formed two very small pour-overs along the shore, with a clear tongue in the middle of the riffle. Just below this riffle, the river passes a rock outcrop and makes a sharp ninety degree turn as the full force of the Colorado slams into a rocky hillside.

A large outcrop of cemented rocks sits in the middle right of the rapid, with a tongue going to the left of the outcrop into a strong reverse current, with an eddy on the left side of the reverse. A fast channel with a steep drop at low water has developed on the river right side of the outcrop. 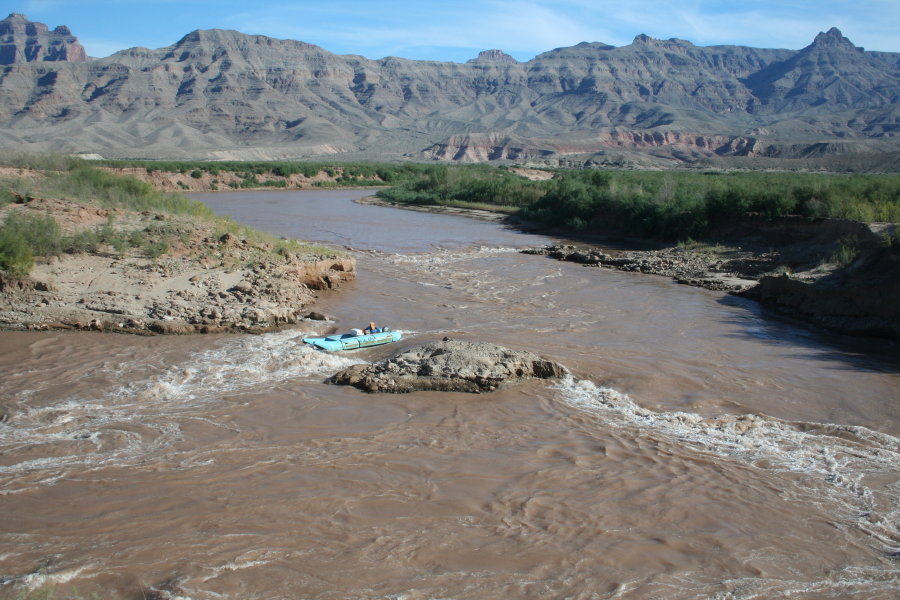 At water flows of 12,000 cfs and less, the run is now left of the outcrop heading right once passed it.

This rapid poses a threat to river travel, as a boat could wrap on the mid-stream outcrop. Night floating through this area is not recommended, and as this rapid may get more severe in the next 6 months as lake levels continue to drop, scouting on river left is an option.

As of October 10, 2007, there are as many as eight nick points emerging in the 13 mile section of river between Pearce Ferry Rapid and the end of current in Lake Mead, presently in Gregg Bay near river mile 293.

The Pearce Ferry Rapid is cutting through consolidated gravels, and it is possible the river will be able to erode the gravels to avoid the creation of a more serious rapid. River runners should exercise caution in this reach as it continues to evolve while the river reclaims the receding reservoir.